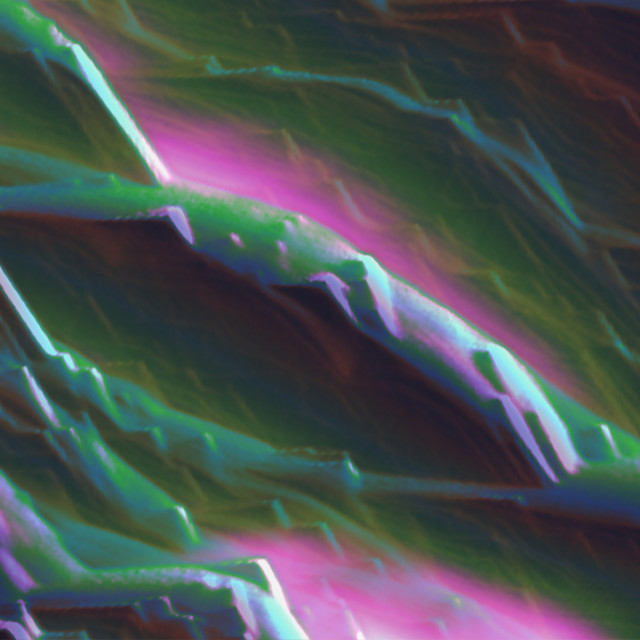 What the Eye Can See

Candy-colored mountains of the semiconductor gallium nitride dot an undulating landscape. An ethereal pink mist streams below. On the scale of a red blood cell, a crystalline terrain emerges. Yet to the naked eye, this wafer of light-emitting material is clear as a window.

Light-emitting diodes (LEDs) are used for various applications, from displays to overhead lighting to vehicle headlamps. They are made by building up thin layers of different semiconductor materials on a flat piece of crystal called a substrate. The properties of gallium nitride-based materials make them uniquely suited for blue wavelengths, which are at the shorter edge of what the human eye can detect. This LED was grown by metalorganic chemical vapor deposition and emits blue light with a wavelength of 480 nanometers. An Asylum MFP-3D microscope captured this 3 x 3 micron image using a technique called atomic force microscopy (AFM). AFM forms an image from the interactions of a nanoscale tip with a material surface.