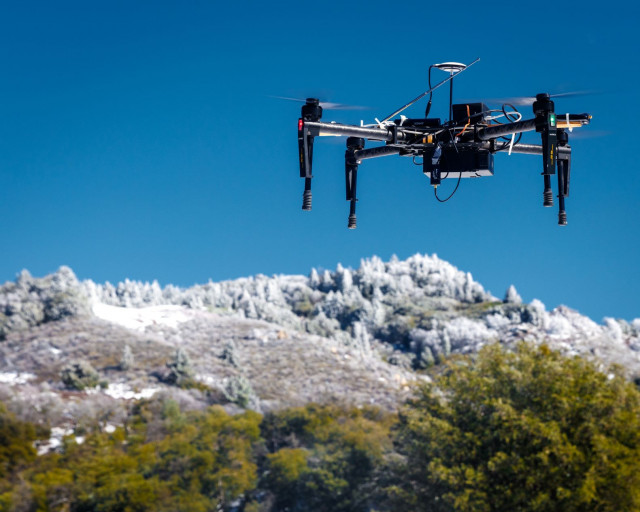 The image was captured during an experiment where a DJI Matrice 100 was flow (with permission and cooperation from local tribal council) over the Iipay Nation of Santa Ysabel. The UAS was equipped with a software defined radio (NooElecRTL-SDR RTL2832U and Elonics E4000 Tuner) that contentiously sampled frequency utilization on cellular frequency bands as well as TV bands. We are partnered with locals in testing new internet access tech (like TV white space radios that we deployed at Santa Ysabel) to extend internet access to under served populations. The image was captured on a particularly challenging day when an unexpected late night snow storm covered the higher altitudes (including a relay tower we needed to access) in snow.