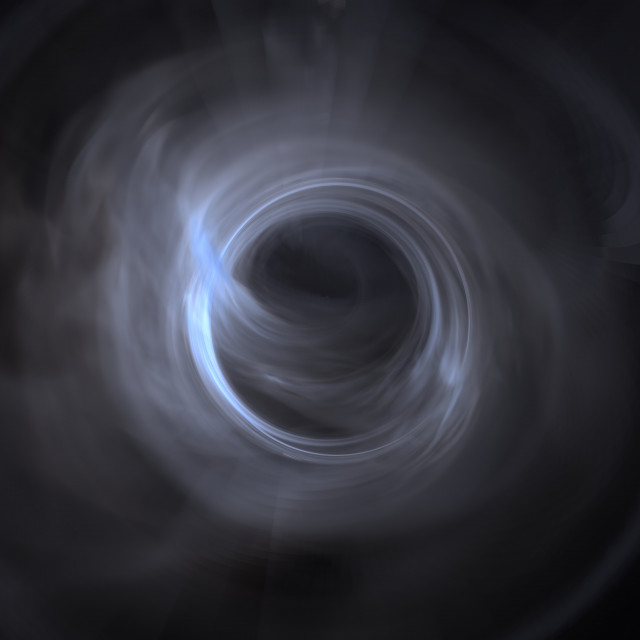 As interstellar gas falls into a black hole in the center of our galaxy, its glow can be seen by telescopes. This image depicts a simulation of this process, with the light shifted into the visible range.

This image was created by a 3D model that stimulates electric charges and gravity around the black hole, which pulls in the matter. Next, ray tracing (a mechanism that results in realistic lighting) was used to turn a snapshot from the simulation into a 2D image. The light is blueshifted to make it visible. This replicates the process of speeding towards the black hole in a rocket moving at 99.99999% the speed of light.

Finally, colors are chosen based on the human eye's response, making this a true color image. The source of the glowing is synchrotron radiation, which is what happens when protons and electrons move through magnetic fields at a rate close to the speed of light. This black hole bent light in a way that formed thin rings, by distorting time and space, thus creating this image by acting as a giant cosmic lens.