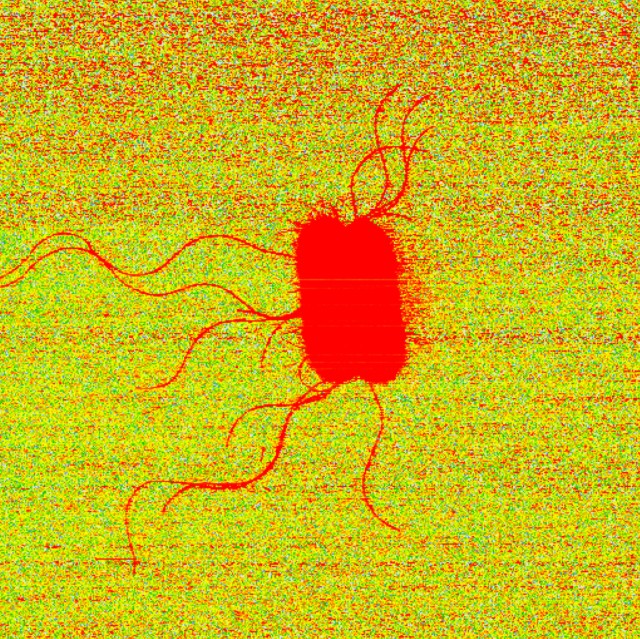 Forever Together Some species of bacteria can turn human waste into electricity, finding their sustenance in the remaining organic material in our waste. An odd place, but these bacteria can survive and even thrive in that particular environment. Bacteria were placed onto a conductive surface and measured, and these two bacterium were found lying next to each other during measurement, an unplanned yet interesting occurrence. Perhaps the bacterium was reproducing, or maybe the two just happened to lie next to eachother.

ZOOMING IN Bacteria (E. coli) were dropped onto a conductive conjugated polyelectrolyte film and once dry, measured under an inert, or unchanging, atmosphere. This image was obtained as a control experiment for a different species of bacteria, Geobacter Sulfurreducens. Conductive atomic force microscopy (cAFM) was used to obtain this image.