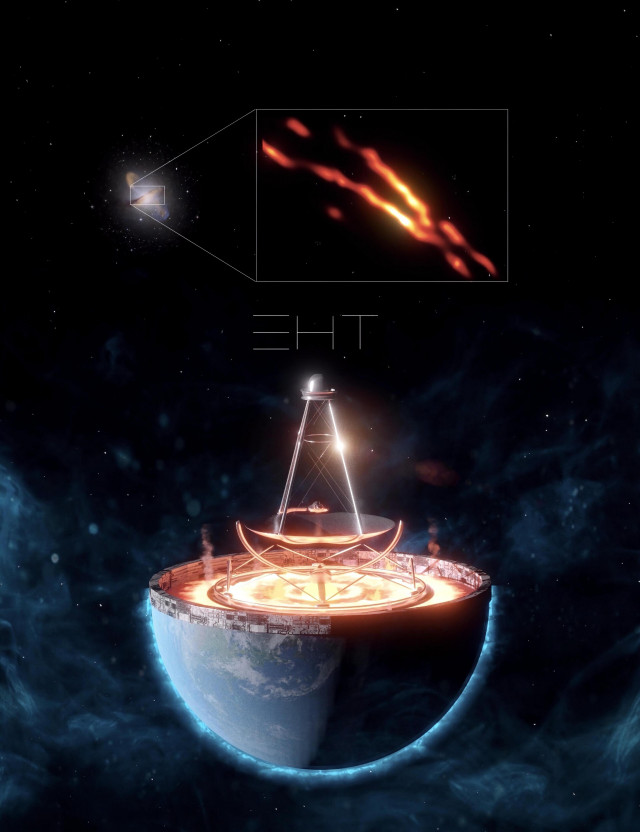 We produced this image of the astrophysical jet at the core of the galaxy Centaurus A using the EHT, a virtual radio telescope the size of the Earth. The EHT allows us to test general relativity in the most extreme environment in the Universe, and shines a bright light upon what was invisible.

The image of the jet in the galaxy Cen A (upper center) was produced using the eht-imaging library (see doi:10.1038/s41550-021-01417-w). The eht-imaging library uses a regularized maximum likelihood approach to reconstruct images from sparse interferometric data. The Event Horizon Telescope (EHT) observed the Cen A jet in 2017, using a technique called very-long-baseline interferometry to connect many distant radio telescopes into a single virtual instrument with the effective resolving diameter of the entire Earth. Here, I imagine the EHT as a dystopian Earth-sized telescope, with the entire planet as its base, inspired by the EHT's logo. The artwork was rendered in Blender.