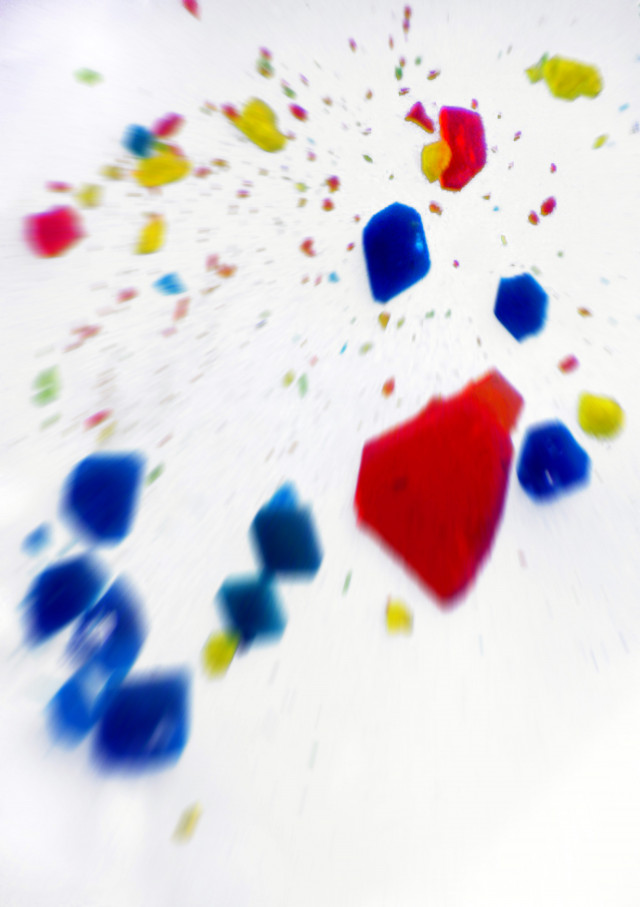 A crystal is comprised of atoms, ions, or molecules arranged in repeating patterns like bricks in a wall. The crystals in this picture may look different, but they’re composed of the same chemical building blocks. Slight changes in their molecular arrangement gives rise to a rainbow of crystals.

This picture was taken while preparing a sample for a technique referred to as single crystal X-ray diffraction (XRD). Similar to how a doctor may use an x-ray to generate a visual representation of the bones that comprise a patient’s arm or leg, a chemist/scientist can use x-rays to generate a visual representation of the atoms, ions, or molecules that comprise a single crystal. This technique is one of the most powerful characterization techniques in a chemist’s toolkit, because it provides a detailed picture of how atoms bond and connect to one another. XRD has led to a better understanding of chemical bonds, non-covalent interactions, and the relative sizes of atoms.