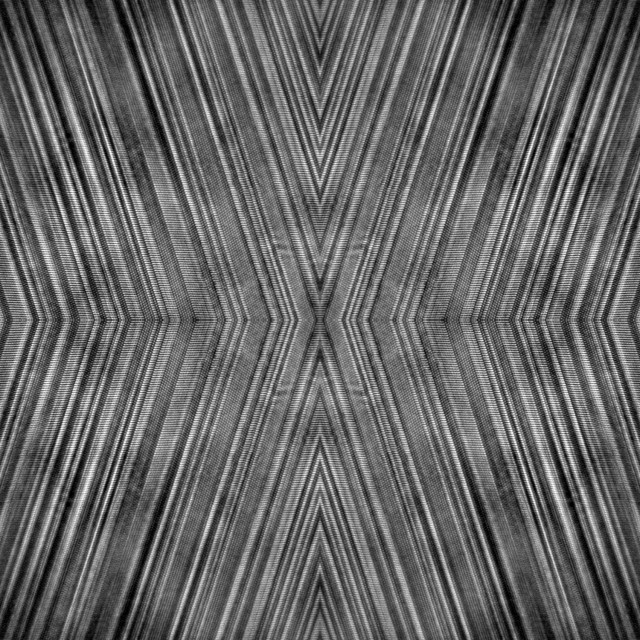 Atomic Ravine Atoms are the smallest constituents of matter, so small that they must be photographed via electron waves, not visible light. A Transmission Electron Microscope was used to capture an incredible magnification of atoms. They arrange themselves in repeating, ordered structures to form a myriad of beautiful crystalline patterns, and this image depicts the atoms inside a widely used material, Indium Phosphide. The nano-scale structures, an example of an improper stacking of atoms, resembling a sharp geological ravine.

ZOOMING IN This High-Resolution Transmission Electron Microscopy (HRTEM) image was taken using the FEI Tecnai G2 Sphera TEM at a magnification of 400kX and processed using ImageJ and Gimp(mirrored). HRTEM is a fascinating technique that allows one to take pictures of atoms. The individual white dots in this image are the interference fringes formed by arrays of atoms in a thin film of Indium Phosphide. The lines, commonly referred to as “stacking faults,” separate two nano-scale regions of the material, where the ordering of the atoms is different, due to irregular stacking ofatomicplanes. Stacking faults ariseinmaterials where the formation conditions are imperfect. Multiple stacking faults run throughout this semiconductor film in parallel, creating a strikingvisual.